The idea of continuous improvement (CI) within any organization is easy to support at multiple levels. What front-line worker doesn’t want his or her job to be easier or make more sense? What supervisor doesn’t want better outcomes? What executive doesn’t want improved business results? Our lives, both personal and professional, are surrounded by opportunities to improve. The success achieved by such opportunities create a sense of excitement whether it is from achieving a new monthly production goal or setting a personal record in a marathon.

Improvement doesn’t just happen though, does it? Lasting improvement, that is. We must be truly committed to achieve lasting change. I’ve known many companies that have been introduced to the concepts, the evidence, the tools, and the “how-to” guide for charging down the CI path. The “gung-ho” spirit is alive and well. I once heard a term called Motivational Hype. It was described to me as the feeling you get when you first learn a new concept or tool and are excited to start using it. It’s also something that fades because there is no system or foundation in place to maintain momentum.

This pattern has been described in the Gartner Hype Cycle, which is associated with new technology and its adoption:

This is something I think that happens in organizations when someone first learns about some tools or hears results other companies have realized. It all sounds great…and then the reality of what is required hits home once implementation begins. This is when the time and cost manifest themselves.

When TMAC works with new companies to implement Lean Six Sigma (LSS), we go through the responsibilities of different roles. As part of this discussion, we explain best practices in terms of the commitment level required to make a LSS Program work effectively. For example, the best practice for Black Belts is for them to be fully dedicated to the continuous improvement effort. Some firms use a smaller percent, such as 60/40 or 70/30, with the majority of time set aside for LSS work. Regardless of the specific percentages, the time commitment is part of the gig to begin with.

For Green Belts, however, the assumption is they will hold down their current positions while doing LSS work. The best practice is for GBs to dedicate up to 20% of their time…that’s a day a week. Here is where we often hear a response of “Ah, wait a minute, how am I supposed to do this LSS stuff on top of ….”

Then there is the commitment required of team members. The best practice here is to set aside 5% of their schedule for LSS, with some weeks requiring more time. We sometimes see project team members start off strong, but then workload concerns cause missed meetings, missed action items, etc. The lost focus on projects can easily lead to a reduction in project participation, and this could very well be the beginning of the end.

Ok, Mike, so what then? Well, what does it mean to be committed?

Legend has it that Spanish explorer Hernando Cortez destroyed his ships once he reached the mainland of Mexico…no going back. The Flight Director of Apollo 13, Gene Kranz, famously said “Failure is not an option” after learning of major problems with that space flight. In both cases, there was an unwavering commitment to succeed.

I experienced this kind of commitment to improvement early in my career. The owner of the company I worked for committed the time for everyone to dedicate toward improvement, but he also required the effort…it wasn’t requested…we didn’t have a choice if we wanted to remain part of the team. I can tell you that continuous improvement was as much a part of everyday life as getting product out the door…and it was awesome.

Another example of commitment: Years ago, a TMAC customer decided to implement lean enterprise practices. A fundamental tenet of lean is the use of team-based methods, for not only problem-solving but even in the running of a business. This company had one salesman who was a ‘lone wolf’ type. He didn’t share information about sales leads, worked solo, and did things to maximize his monthly bonus. And he was the top salesman at the company.

The owner of the company was in a quandary. Should he keep this salesman or not? After some serious soul-searching he decided to remain committed to the lean program. And to part ways with this salesperson.

In the end it was a Win-Win. The company prospered with their new lean program. And the salesperson found a new home where he was allowed to work solo. My point to the story: This is a clear, tangible example of management commitment.

The biggest management challenge in Lean Six Sigma is that of time. All organizations struggle with this. There is almost always more work to be done than capacity to do so. The commitment question becomes: What can management do to free up time for GBs, BBs, and their teams to work on projects?

This is a question of priorities. Here is where management must make the difficult decisions to say ‘No’ to some work in order to free up staff time to say ‘Yes’ to LSS work. If GBs or BBs end up working nights and weekends on their LSS projects (yes, we’ve seen that before) that company’s chances for success are slim. Carving out time to do this work is not easy. But it is incredibly important.

Has your organization decided to make continuous improvement a part of the culture? Yes? Great! How committed is the leadership of the organization? What resources are going to be put in place to making lasting change? What responsibilities will be taken off the plates of staff so they will have time for LSS work?

The hard question that could lead to a hard truth: If a company is struggling with their LSS Program, is it the system, the DMAIC methodology that’s been used successfully world-wide for decades that’s at fault? Or is the company not truly committed? Are the ships waiting offshore just in case? Was failure an option? You decide. 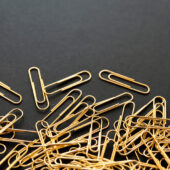 Mike is a Lean Six Sigma Black Belt with over 26 years of experience in manufacturing, from front-line production to director-level management. He has led continuous improvement systems as a deployment champion and has taught and coached Green Belt students from plants across the country. He has teamed with executive-level leaders in strategic plan development, deployment, and employee engagement. Mike was a student and customer of TMAC for nearly two decades before joining the team in 2019.