Earlier this month was the 78th anniversary of one of the most important events of the 20th Century: The D-Day Invasion at Normandy. More correctly known as Operation Neptune (land-based operations were dubbed Operation Overlord), it is considered the largest seaborne invasion in history. The complexity of this event is hard to fathom, involving Allied participants from nine different countries, 7,000 ships, and 11,000 planes. The first wave of fighting in France alone involved 20,000 vehicles and 185,000 troops.

The man in charge of this incredibly complex operation: General Dwight D. Eisenhower, commander of the Allied Expeditionary Force. Plans for the invasion had begun as early as 1942, and detailed plans were first shared with Eisenhower and British General Bernard Montgomery in December 1943. Those plans were changed significantly, then changed again and again.

What does this have to do with Lean Six Sigma? Not a lot, at first glance. While planning your next kaizen event or designed experiment may seem a little daunting, it pales in comparison to the challenge faced by planners leading up to this event in 1944. Still – anytime I think about Eisenhower one of his quotes on planning rings true:

“In preparing for battle I have always found that plans are useless, but planning is indispensable.”

What did he mean?

Well, despite all the planning many things went wrong. Bombs missed their targets. Naval bombardments failed to neutralize Nazi defenses. Amphibious tanks sank due to a design not meant for heavy seas. Soldiers got seasick and landed well off course. If you’ve ever watched the opening scenes in the film Saving Private Ryan you get a sense of just how bad things were for some soldiers.

And yet the invasion succeeded. How? In part, due to contingency planning. The planners knew things wouldn’t be perfect and considered other options. Also due to the bravery of the men who made it onshore. And to their flexibility and creativity under extreme circumstances.

This ability – to think differently and find a way to succeed despite overwhelming odds – can be summarized in the phrase: Improvise, Adapt, Overcome. This is the unofficial slogan of the United States Marine Corp. That ‘Can Do’ spirit was another key to success in the Normandy invasion some 78 years ago.

Each time I think of this phrase I recall seeing it written on a slip of paper at the desk of a coworker. He used it as a simple reminder to be flexible in responding to the challenges he faced each day. And to find a way to overcome those obstacles.

Now let’s take this discussion back to the world of Lean Six Sigma. Imagine a Black Belt who has been assigned her first kaizen event. She is a little nervous as it is in an area where she’s never worked before. To make it even more difficult, imagine she doesn’t know some of the key stakeholders. Perhaps some of them are senior managers. What to do?

Clearly, planning is of critical importance. For this situation my recommendation is for the BB to spend 3-4 weeks in planning and preparation. Secondly, I would suggest she partner with an experienced BB or MBB. It should be a person who has led kaizen events in the past. And can advise the Black Belt on what to do if things don’t go as planned. These steps will go a long way towards ensuring the Black Belt is successful in facilitating the kaizen.

This example raises a key question: Which is more important – planning or the ability to improvise? Well, this is sort of a trick question. The more planning you do, the more likely you will have at least thought about different scenarios, and how to respond. Hence, your actions may seem to be improvised in the moment. In reality, your ability to respond is due in large part to your degree of planning and preparation.

Another key to developing the ability to improvise is experience. Simple repetition helps us gain the knowledge on what to do and how to adjust under different circumstances. Professional athletes do this all the time – taking batting practice, running passing routes, practicing layups. Thousands of repetitions, both during practice and during games. Until the routines become second nature and can be done almost without thinking.

My questions to you:

For most of us the answer is – ‘Not enough’.

There is a direct link to your success as a LSS Practitioner and your time spent on these two activities. 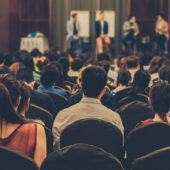 Russ is the LSS Program Manager at TMAC, and started the program in 2003. He is a Lean Six Sigma Master Black Belt with over 23 years of experience working in a wide variety of industries, and with small firms up to Fortune 500 companies. He has taught dozens of LSS classes from Yellow Belt up to Master Black Belt. He has also coached hundreds of LSS practitioners on their projects and advised managers on their LSS program. Before joining TMAC he worked at George Group, the first firm to integrate Lean and Six Sigma.